MD Biosciences providing up-to-date news coverage compiling posts from science journals including EukerAlert, Gen News, Nature, Neuroscience News, Nature Communications, EMBO Molecular Medicine, ScienceDaily and Radiology reporting fascinating and innovative discoveries happening all over the world across a wide variety of disciplinary areas. Skim the titles below to catch up on what is happening and to learn what the team at MD Biosciences is reading about. Follow the links to read more about something that catches your eye! 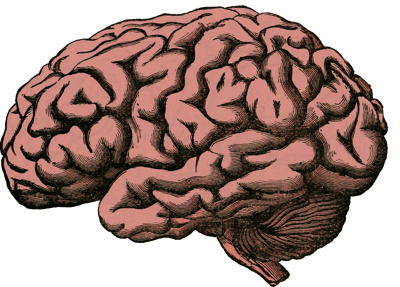 Researchers at University of California-Berkeley developed a deep learning algorithm using an imaging technology called 18-F-fluorodeoxygluose positron emission tomography (FDG-PET). An FDG is a radioactive glucose compound that is injected in humans' blood. After the injection, a PET scan measures the uptake of FDG in brain cells, which is is a measurable indicator of metabolic activity. This deep learning algorithm is programmed to recognize metabolic patterns similar to those found in Alzheimer's patients, revealing an extraordinary leap in Alzheimer's treatment options. Reported by EukerAlert and published in Radiology.

The extracellular matrix gene signature (EMG) is essential to consider for patients' likeliness to respond or not respond to cancer immunotherapy treatments. Dr. De Carvalho from Princess Margaret Research Center explains in a Gen News article that "EMG can stiffen around diseased cells to form a barrier that immune cells cannot penetrate", and that his future work involves the hope of disabling this gene in order to for immunotherapy in cancer patients to be successful. Published in Nature Communications.

A team of researchers at the Cancer Research UK Cambridge (CRUK) took blood and urine samples from patients, to detect tumor DNA in the fluid surrounding the spine and brain, a less invasive monitoring technique compared to tumor biopsies. From the 13 patients they tested this on, 5 of them (39%) were tumor DNA detectable. This could be a much cheaper, efficient way to track disease progression, though the accuracy is still being improved. Published in EMBO Molecular Medicine.

At UNC Medical School, neuroscientists are targeting brain regions with a weak electrical activity using non-invasive techniques to enhance naturally occurring brain patterns, ultimately with the goal of decreasing symptoms experienced by patients with chronic back pain. Using  transcranial alternating current stimulation, this was a successful study according to Neuroscience News since the team was able to target a large region, repair and restore function, and found a correlation between the specific region and a decrease in pain symptoms.

A metabolism study published in Nature explored thousands of molecules involved in cell metabolism using chemical analyses techniques. The scientists were able to study connections between metabolism in patients' gut bacteria and associated development of diabetes. Reported by Neuroscience News.