MD Biosciences providing up-to-date news coverage compiling posts from science journals including Nature, Nature Communications and Cell, reporting fascinating and innovative discoveries happening all over the world across a wide variety of disciplinary areas. Skim the titles below to catch up on what is happening and to learn what the team at MD Biosciences is reading about. Follow the links to read more about something that catches your eye! 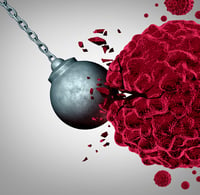 An immunotherapy in mice destroys tumor and attacks cancer cells

How can we measure gene expression in a single cell?

TAKHZYRO is a human monoclonal antibody (mAb) that is the only known antibody to attack plasma kallikrein, which is observed in exceedingly high levels in individuals with HAE. As reported by Shire, a biotech company in Ireland, patients with this treatment experienced a 78% reduction in monthly edema attacks.

Researchers at Mount Sinai School of Medicine identified a mechanism that causes mutations of the BRAF gene, inhibiting effective patient response to cancer treatments. Published in Nature Communications and reported by Gen News.

How does aging promote onset of genetic and sporadic neurogenerative disorders?

Hope you learned as much as we did this week! Check back on Tuesday for the latest scientific discoveries and contact us if you have any study inquiries.